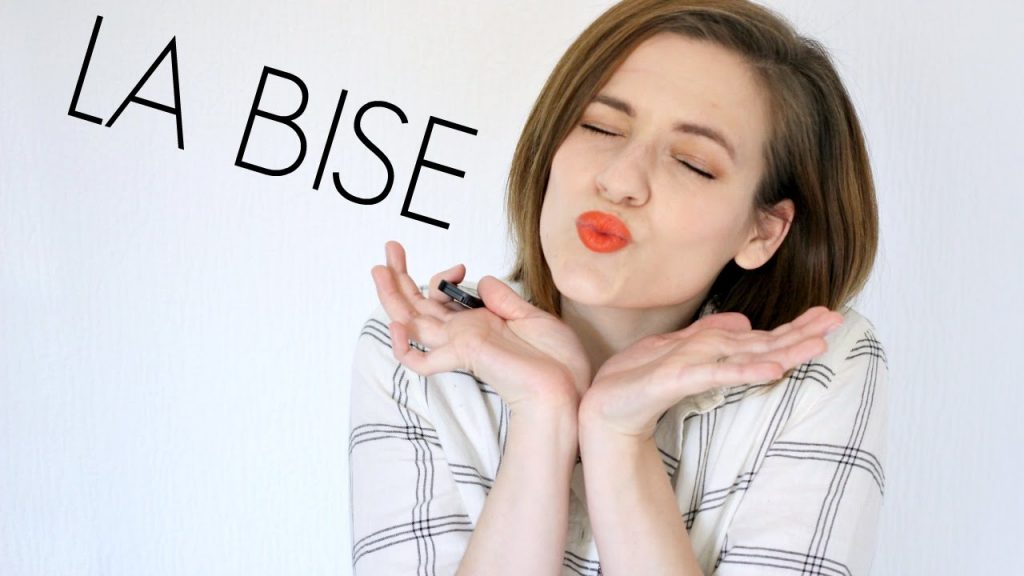 How do people in France greet each other?

COVID curtailed this of course but now that things are a little better, people are back to using this greeting, although maybe a little more warily.

The first time I went to France many many years ago,  I can remember being slightly alarmed when, after being introduced to someone for the very first time, they leaned in to kiss me on one cheek and then the other. 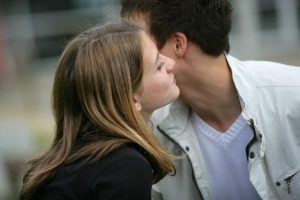 One way the French Kiss!

As more people extended this greeting to me, I worried about who was supposed to lean in first and which side to start on. If both of us were at cross-purposes, the potential to miss each other’s faces or collide seemed high.

Fortunately, that never happened. I learned to allow the French person to decide and just go with the flow. 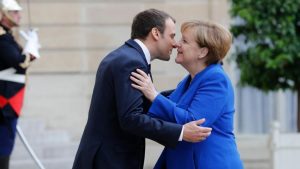 French President Emmanuel Macron and German Chancellor Angela Markel “faire la bise.” Guessing they have done this before as the embrace is optional.  (French Kiss)

“On fait la bise!” they say.  “We kiss on each other’s cheeks!”  You are never sure if they are asking or ordering but then they just lean in and go for it. 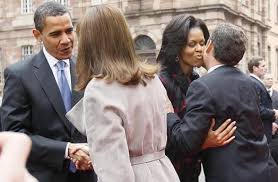 Obama gets a handshake. Michelle, the French Kiss –“la bise!”

How Many Kisses make up A French Kiss?

Fun fact: The number of times you kiss depends on where you go in France. In some places, people offer four kisses.

That’s back and forth across each other’s faces four times. Seems like an extraordinary amount of work doesn’t it? 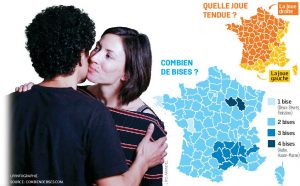 The dark areas on the map are where people extend the most French kisses when doing “la bise.”

Kissing is serious business in France, and not surprisingly, as the French are known for romance, there are multiple ways to say, as well as, give a “kiss” in French.

The open-mouth  “French kiss”  known as French Kissing was invented by the French.  Or was it?

Check out that blog by CLICKING HERE

Do you want to smell great when someone leans in to “faire la bise” with you? 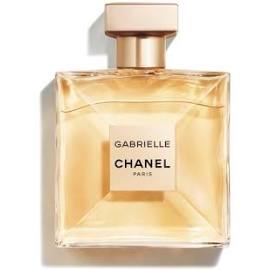 Chanel No. 5 Refillable Eau de Toilette Spray.  This one is perfect for travelling. 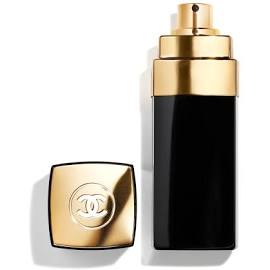 Just Subscribe if you haven’t already to my weekly blog at www.womanofacertainageinparis.com.
Scroll down where it says “I Invite You To Subscribe” and fill in the information.

You can do so by scrolling down to the bottom of each blog post where it says, “Leave A Comment” and following the prompts.

The Draw for the Perfume will be announced on July 7th!

NOTE: (This Draws is now over but there will be lots more coming!)

Check out my blog and quiz about French Perfume

The content will be used to promote interest in my blog and posted on FB, Instagram and Twitter. I personally purchase my Giveaway products and do not derive any commission from the products or services promoted on this page.