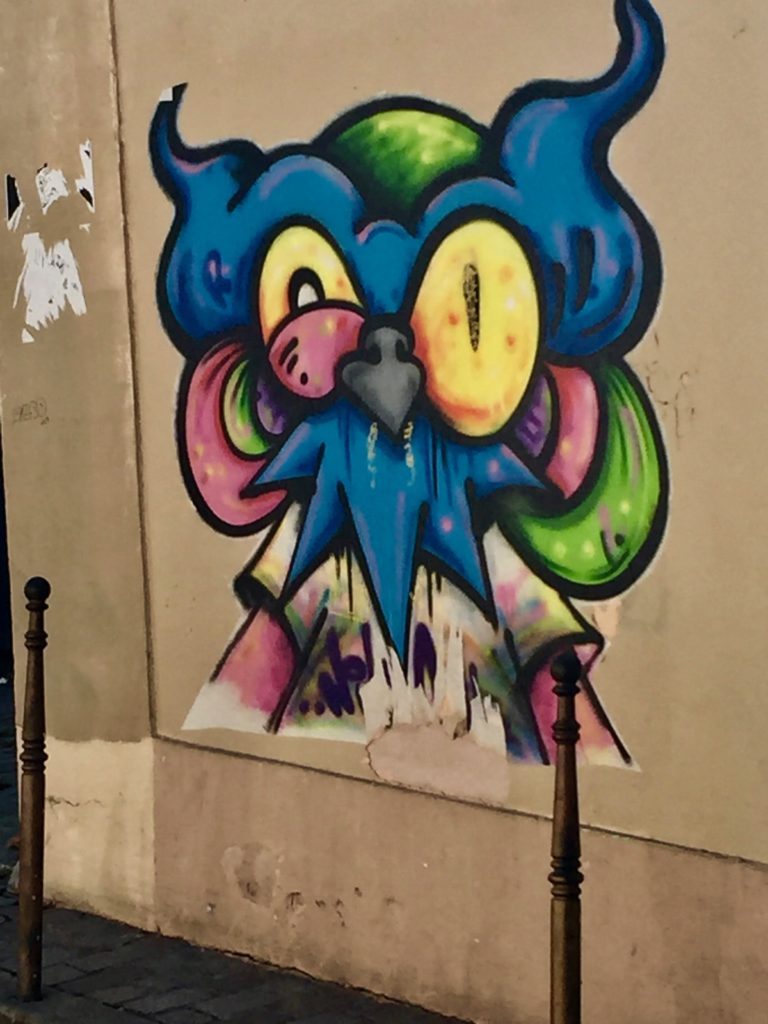 As if Paris did not have enough to offer, another vibrant element is its street art. There are even paid tours you can go on.

Sometimes I take my own tour, that is I go for a  long aimless walk, iPhone at the ready,  photographing what I find.

Some of the wall art is sanctioned by the city or local business, but a lot of it is graffiti which is illegal in Paris as most cities elsewhere.

However, that is what makes it so powerful.  It’s anonymous so it has story that is unknown us.  And we all love a mystery. 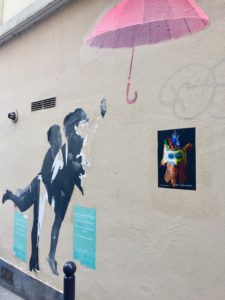 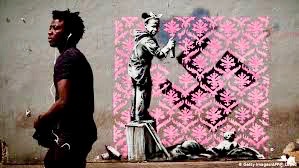 Man walks by an original Bansky in Paris

A few years back, everyone was talking about Banksy a street artist, vandal, political activist,  active since the 1990s.

Banksy is not his real name and his identity is closely guarded but he has traveled the world producing his graffiti in major cities without being detected.

That year, he left behind seven of his stenciled pieces of artwork on publicly visible walls in Paris. 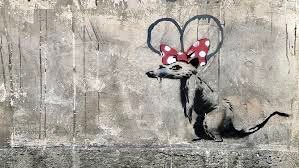 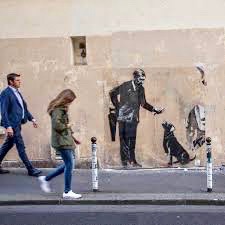 Graffiti artists tend to be a rebellious lot  — As a journalist, I remember doing stories about how graffiti plagued the long, exposed walls in subway stations.

New York, London, Paris, and Montreal were hit most. 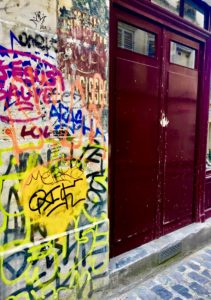 Graffiti in Paris! Do you think the residents who live here are happy about it?

Teams of cleaners would go in at night to remove it only to have the artists return with their silent protests the next day.

Of course, not all street art is graffiti but it is no less a statement.  And like any piece of art it is open for interpretation! 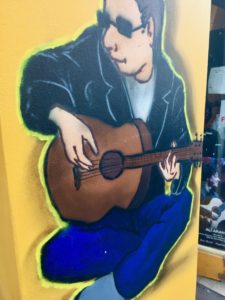 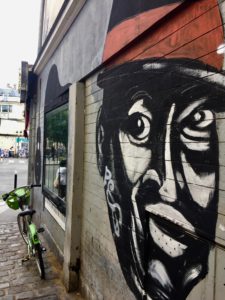 And this one too! Found near the jazz scene in Paris!

How do you feel about street art? 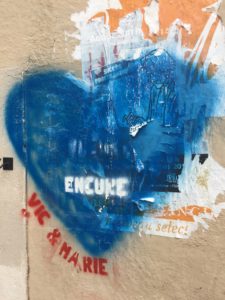 Wonder if Vic and Marie are still together?

Re-Connect With That Paris Feeling!

Paris is a feeling, so, if you craving a little bit of that feeling, go back and read some of my former blogs.  Here are a couple of suggestions for what Paris has evoked for me!

← Lunch Along Canal Saint-MartinGlobal Check In! →