When you visit the Mediterranean, it is not hard to be swept up by the conspicuous wealth.

Nothing stands out more in that regard than the turquoise-watered marinas berthing a plethora of luxury yachts.

After all, the Côte d’Azur is where the super-rich come to play and relax in style on their own floating hotels in the world’s most glamorous ports. 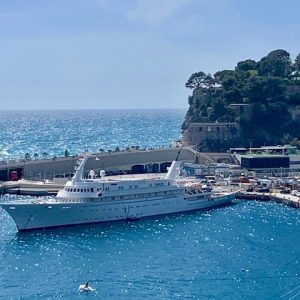 In Monaco harbour — I so wanted to know who owns this megayacht!/Yachting on the Riviera 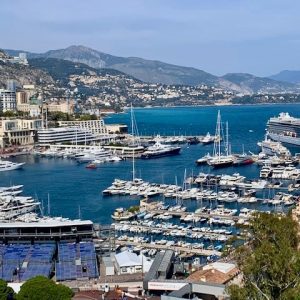 In Monaco, a principality of only 2 square kilometres, the marinas are jammed with sailboats and yachts of all sizes./Yachting on the Riviera

On my travels from Monaco to St. Tropez, I was impressed with the number of megayachts, which by definition are those longer than 78 metres/255 feet.

We are talking up to 600 feet,  the equivalent of half an aircraft carrier, or the height of St. Paul’s Cathedral in London. 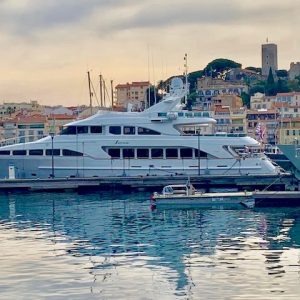 A modest yacht in Cannes/Yachting on the Riviera

Luxury Yacht Owners – Who Are They?

The owners tend to be primarily ultra-rich Americans, Arabs and Russians. In fact, France recently seized two yachts owned by Russian business people close to the Kremlin as part of sanctions imposed on Russia as a result of its invasion of Ukraine. (I wonder where they took them?)

You also wonder how often the owners actually use their “boats” because, for instance, down at marina level in Cannes, most were resting in the harbour with no one about and no name on the side.

It seems such a waste especially when I looked up what it costs just to dock one’s megayacht for the day. 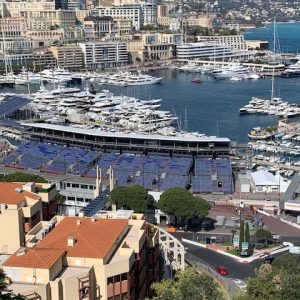 The view from another vantage point in Monaco 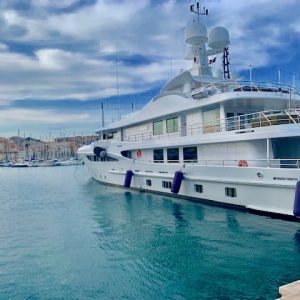 Docked in one of the marinas in Cannes

Then there is the actual purchase price.

I was naive about this — thinking they might be in the range of a luxury Hollywood celebrity home as in let’s say $20 million give or take. 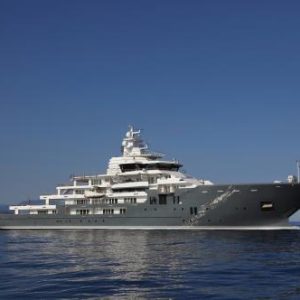 The Ulysses/Yachting on the Riviera

Duh! — Mark Zuckerberg of Facebook fame bought the 170 metre/550 feet Ulysses in Monaco for $150 million with, among the usual stuff, a private helicopter, a separate 24-meter tender boat, an extra 4×4 car and a motorcycle.  (However, he is probably too busy to relax even for a second on it. He probably heads right to a super-deluxe computer room.) 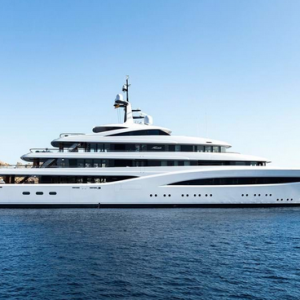 Renting or Chartering A Luxury Yacht

Strolling with my closest friend (a yacht enthusiast) in one of the prime marinas in Cannes, we did notice a large crew preparing an approximately 24-metre/80-foot yacht for an event.

Flowers arrived, crew members arranged deck furniture, brought out bottles of wine, and then a very elegant lady stepped out of a limo laden with shopping bags with designer labels. One of the crew took her arm to help her onboard.

I wouldn’t mind being able to take a peek inside one of these babies but I guess I will have to be satisfied with examining them from the dry dock.
What is your experience with yachts?  Or boating? Or very rich people who own megayachts?
Love your stories. Please comment at the end of this blog further down.
And also see who has won the June book Draw for leaving a comment this month!

Winners of My Second 2022 Giveaway Draw For Annual Members 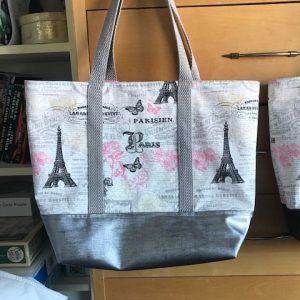 A Woman Travelling In Paris essential!

Two Annual Members of my subscription series WOMEN OF GLOBAL INTEREST have WON the  TWO Paris-themed Tote Bags created exclusively for Woman of A Certain Age in Paris by Hope Designs Ltd.

They are Franceen Roll from Westmount, Quebec.

So Many Winners Today!

I am also announcing today the June Book Draw Winner. If you commented on my blogs in June, you were eligible for the draw to win any book from my  Paris BOOK CLUB page.

If you didn’t win this time, you can still find some great memoirs written by women about Paris or France on my website. It is the only list of its kind in the world.

And there is always July’s Book Draw! 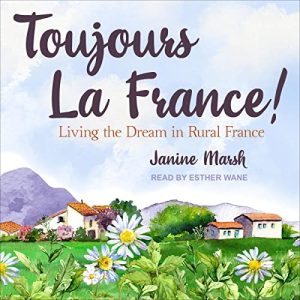 Here is a New Memoir from one of my favourite authors Janine Marsh!

CLICK HERE to read about it or to PURCHASE.

Are you an Annual Member

of my Women of Global Interest Series!

Become a Member of My Exclusive Community of Women

Around the World Making the Most of this Exciting Chapter of Our Lives.

Disclosure Policy: This site uses affiliate links that may generate small commissions based on clicks and purchases. Any products that I giveaway are personally purchased by me unless otherwise specified. I write all content on my site unless otherwise specified. And I respect my subscribers’ privacy and do not share their information with any other party or organization.