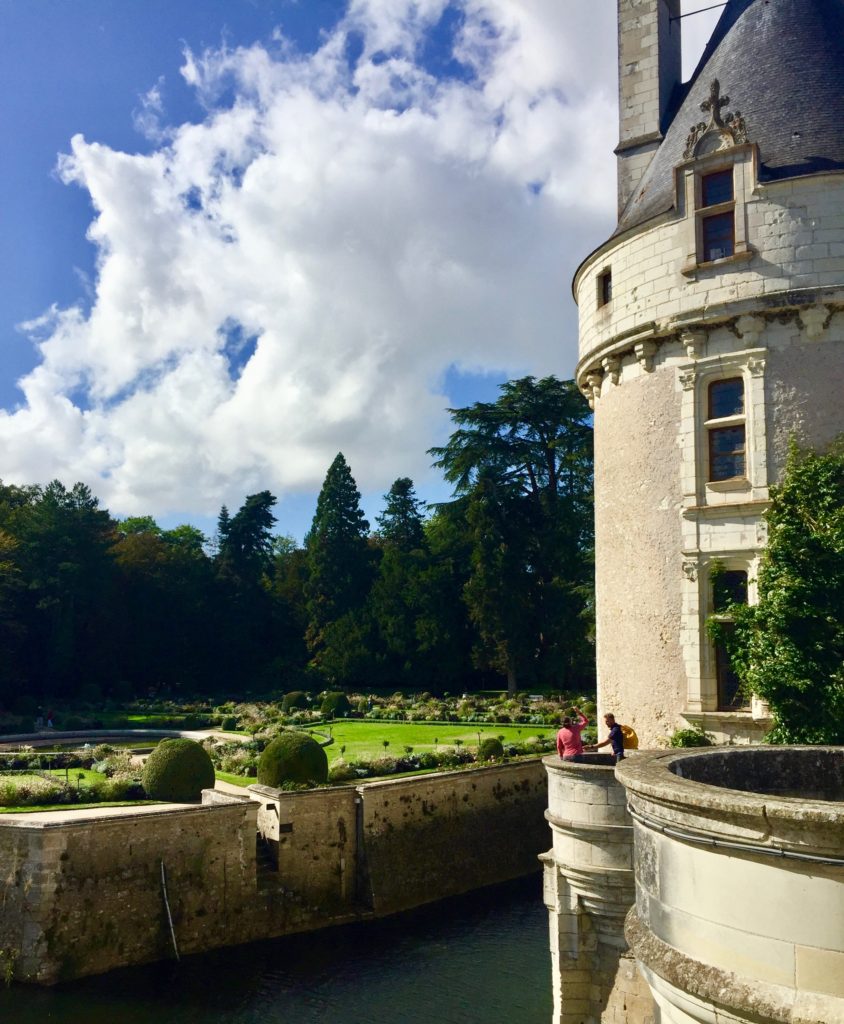 Imagine waking up on a bright sunny spring morning, looking out the window and seeing this view!

YOUR view, because you just bought this château!

A fantasy for almost all of us of course.

I can justify it this way. The upkeep of all those rooms would be too much for me.  Imagine the vacuuming.

BUT we can pretend.

SO, in anticipation of this week’s interview on Tuesday with Australian Jane Webster who bought the 72-room Château de Bosgouet in Normandy, I thought we might pretend for awhile. 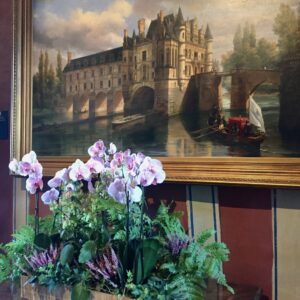 This is a painting of the Château de Chenonceau, a favourite stop on the Loire Valley tour. The painting is in the hallway of the château.

There are thousands of châteaus in France*, some of which are must-see tourist attractions, but many others are privately owned, or for sale.

In fact, there are lots of empty châteaus of all sizes and some with a price tag that might seem surprising.

You can buy the one below, Aubigny Sur Nere near Burgundy,  for 3,950,000 euros on 42 acres with outbuildings, parkland, gardens, and a river that runs through it.

When you get all that, $7 million USD does seem like a bargain. 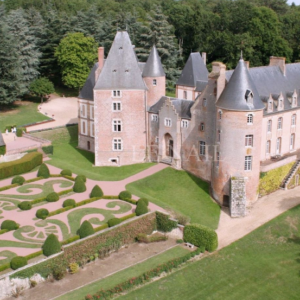 A friend of mine sold her one-bedroom loft in downtown Toronto for that price — and that was 3 years ago! 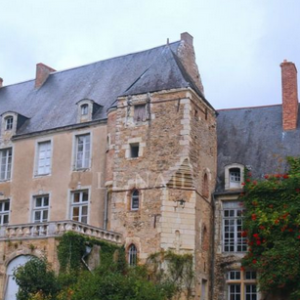 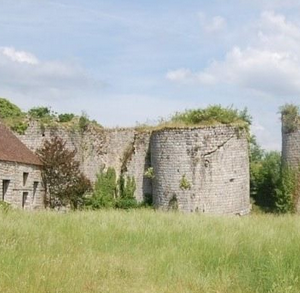 All photos are courtesy of the Le Nail website. For a bit of fun find others by clicking HERE. 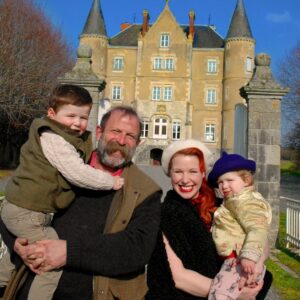 The Strawbridge family from the TV series Escape To The Chateau!

Escape To The Château

Much of this new interest in purchasing a château has come from the British documentary series — to which I totally addicted.

BUT, as with many chateaus in France, there was a reason for the low price.  The chateau was uninhabitable.

It had not been lived in for 40 years, and almost everything from heating, electrical, plumbing. sewage, to so much more, had to be redone.

The series follows these two DIYers and their journey to fix up the chateau while growing their events and wedding business,  continuing their restoration, and raising their two young children, Arthur and Dorothy.

And I was worried about the vacuuming.

Anyway, this is pure joy to watch …

BUT from the comfort of my couch as I file my nails thank you very much.

(Check your listings to find it, PBS, CBC, and HDTV has carried it, and you can stream some of the episodes on Youtube.) 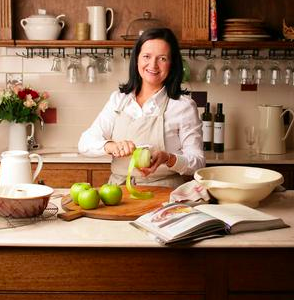 Jane Webster in her kitchen at the Château de Bosgouet

*A château is described as a manor house or residence of the lord of the manor, or a country house of nobility or gentry, with or without fortifications. At one time France had a lot of nobility until it was off with their heads in the French Revolution and nobility was dissolved.

Have you ever stayed in a château?

Do you own a château?

and she will tell us all about what that is like!

Love to hear from you. Please leave your comments below. 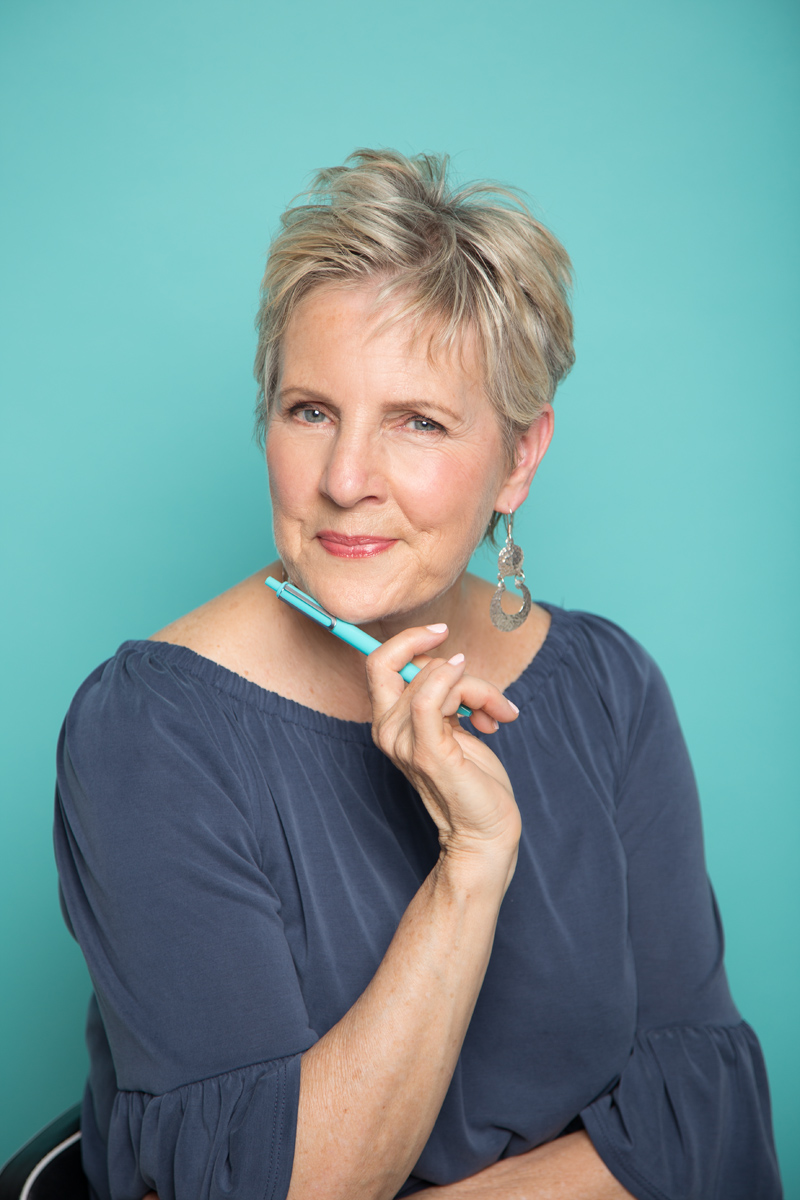 ← Three Things To Feel More Feminine!Travelling Solo as a Woman Of A Certain Age! →