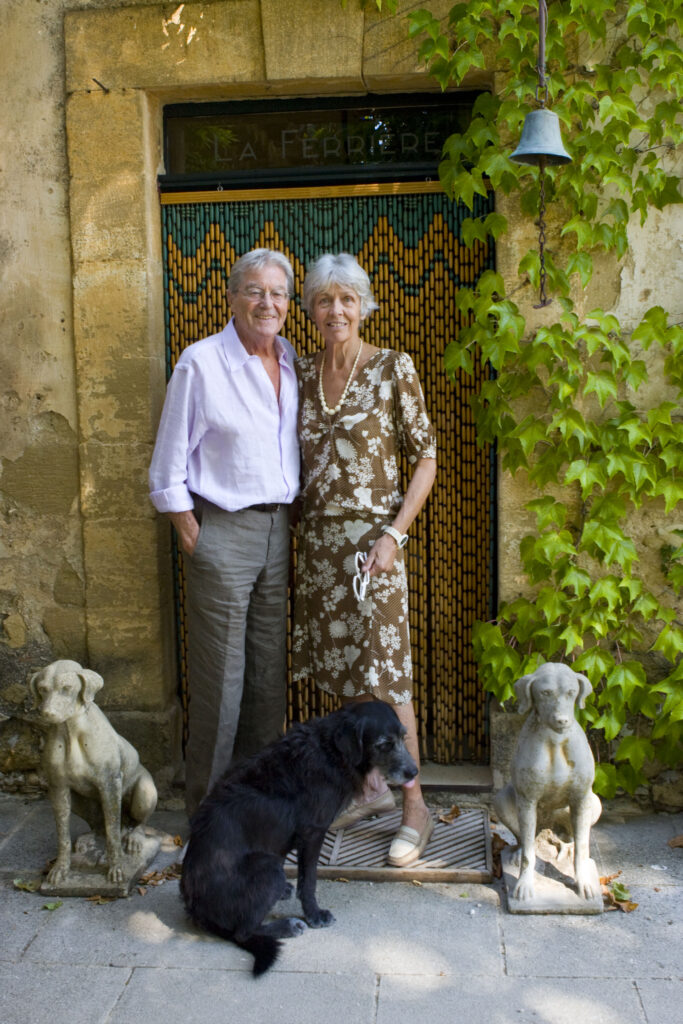 If you are a longtime francophile and have not heard of author Peter Mayle, you have probably been living under a rock.
Mayle (pronounced like “mail” ) was one of the very first ex-pats (British) to popularize moving to France, and in particular, living in Provence.
Mayle wrote delightful memoirs, his first being A Year In Provence which became an international bestseller in 1989 and is one of the most successful travel books of all time.
Then came Toujours Provence, Encore Provence, and a dozen other French-based books including his popular Sam Levitt Caper series.

Peter Mayle, A Tribute, On his Birthday 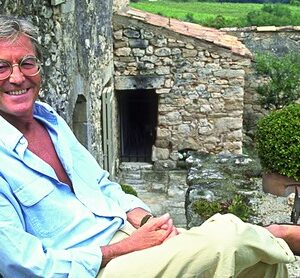 Sadly, Mayle passed away in 2018 at 78 years of age.
So, this week I am honouring his birth date tomorrow– June 14th.

Recently my dear friend Corinne Kowalsky (formerly a brilliant TV News Producer with whom I had the pleasure of working) paid tribute to Peter by interviewing his widow, Jennie Mayle.
(Corinne has started a cool website called  50+ Single women, Living Authentically and Unapologetically)
Corinne caught up with Jennie who lives quietly in Southeastern France and reminisced about her charming husband and their life in the little French village of Ménerbes which his books put on the map.
(FYI This did not endear them to the locals who complained of being overrun with tourists, and in fact, the couple had to eventually leave France to get away from all the attention! Hence why Jennie now keeps her location a closely guarded secret.) 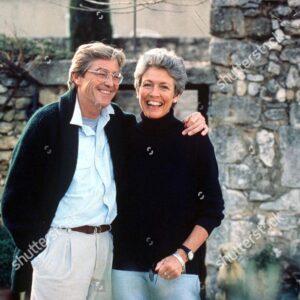 Photo by Lehtikuva/Shutterstock
Peter Mayle and Jennie in Menerbes 1993
Peter Mayle, A Tribute

Corinne sent me this synopsis of what she learned during her interview with Jennie:

“Peter and Jennie Mayle fell in love over lunch and were together for almost 40 years. That fateful lunch was actually a business meeting. Peter was creative director at an ad agency and Jennie ran her own production company. She thought “my God, he’s drop-dead gorgeous and absolutely charming, and happily he reciprocated her feelings.

The pair ran away from failed marriages in England and spent three years in New York before moving to the south of France so that Peter could write full-time. Both appreciated the slower pace and the light. Jennie remembers that “it took us about five minutes to adjust upon arrival. We absolutely loved it and never wanted to leave.”

Jennie is now on a mission. She wants to introduce Peter’s timeless storytelling to a new generation of fans and armchair travellers. She was by his side and was a prominent figure in several of his 14 books, as he single-handedly created the now much-imitated travel-inspired novel writing category.

I asked Jennie if there was something not widely known about Peter that she wanted to share. Almost immediately, she volunteered that “he was a very humble man. He believed it was pretentious of us to think we were anything special.”

In terms of what she misses most about him, his sense of humour is at the top of her list followed closely by his affection. She recalled that “once I got over the worst part (after he died), I felt terribly lucky. Many people don’t find love like that in their entire lives. I met my prince charming on the white charger. How many people can say that?” 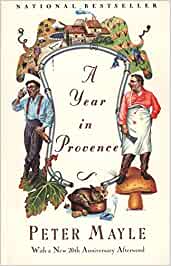 You can view (and purchase) the trilogy of Mayle’s Provence memoirs by clicking on the following links. While a little outdated, they still capture the charm of this beloved area.

They have a prominent place in my library.  I am starting to read them all again.

A Year In Provence

Note: When you arrive at the sites, make sure you see the flag of the country in which you live at the top right-hand corner. If you need to change the country, click the arrow and follow the instructions to arrive at the appropriate site.  Many thanks.

Winner of the 2nd Giveaway for Annual Members!

Last week, I launched this next Giveaway for Annual Members only, asking them

I was delighted to hear from so many of you, and put all the names into a hat, and did the draw.

Ta dum… and the Winner is Julie Buckley from Blue Mountains, Canada! 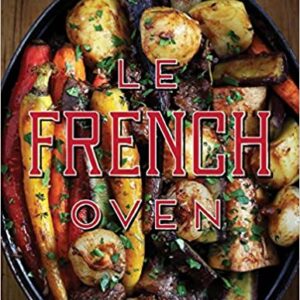 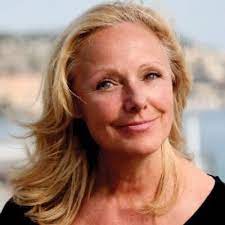 has lots of books About Paris and France, all written by women.

Have a look.  I am reviewing them and updating my list all the time.