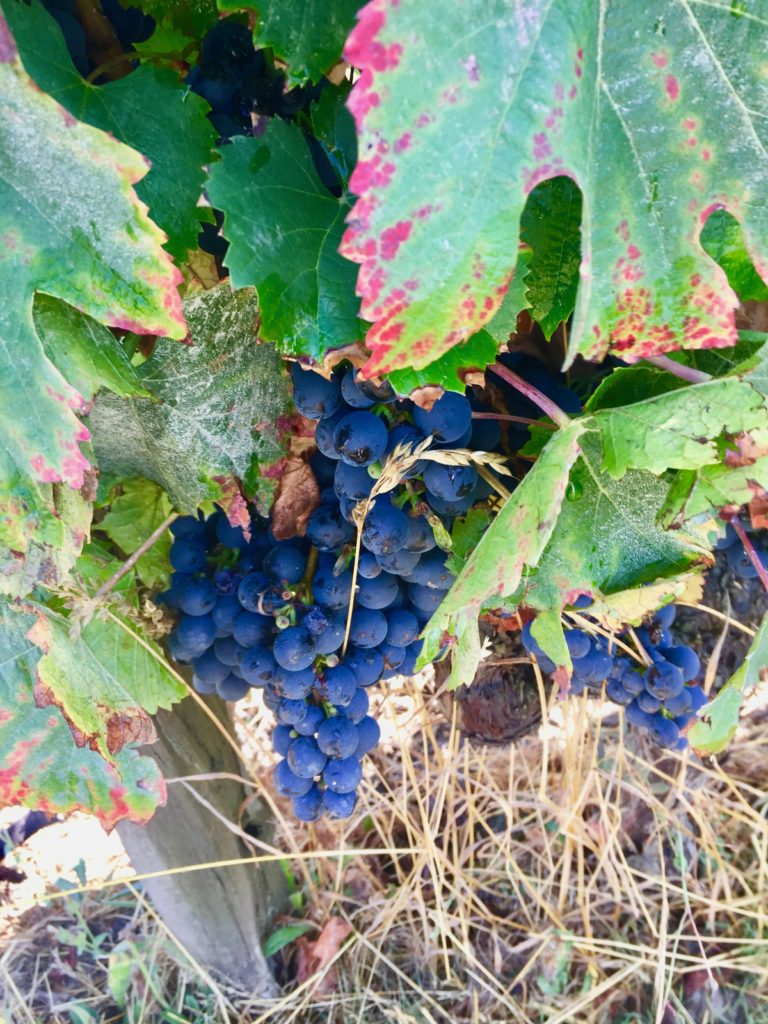 Are there still counts in France?

As part of a Loire Valley Château tour, I paid a visit to the stunning Château de Nitray built in the 16th century.

This where I met my first count | Monsieur le comte. 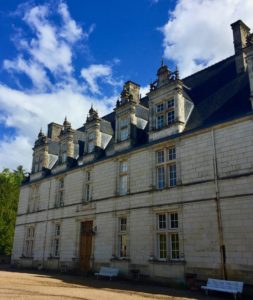 The facade of Château de Nitray

Despite the French revolution, nobility still exists in France.  As a result, I guess I was expecting an older grey-haired man with a supercilious edge to pontificate about the superiority of French wine … blah blah blah.

Instead, my tour group was greeted by the affable and young (by my standards) François de l’Espinay who has been running the Nitray winery since 1989. François took over the business from his father-in-law and the whole family still lives altogether in the château. 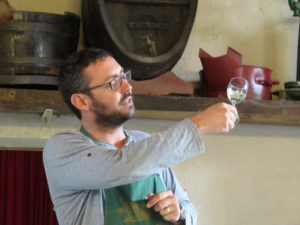 The count demonstrating the light colour of his Sauvignon. *Photograph courtesy of Peg McPhedran 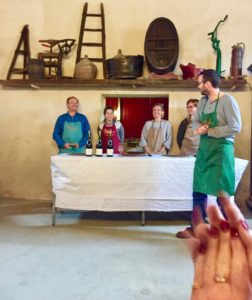 François and family members all work for the winery.

They harvest, bottle and sell a variety of wines that are Loire labelled AOC Touraine (controlled designation of origin).

Over lunch, we were treated to two of the family’s most popular wines; 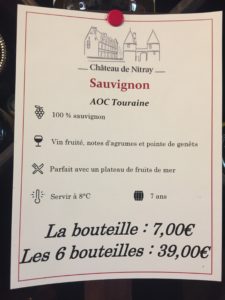 To start — their “Sauvignon” 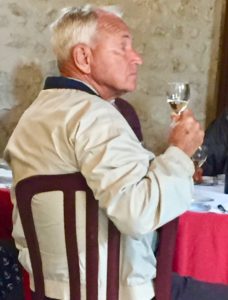 One of my lunch mates wide-eyed over the white!

It is described as a “well-balanced wine with aromas that are fruity with dominant citrus notes, and a hint of broom.”

I hope they mean the “broom flower” and not what they used to sweep up the floors of the chateau! 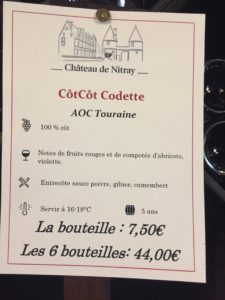 It was called “CôtCôt Codette”— it had renotes of red fruit, apricot compote and violet. 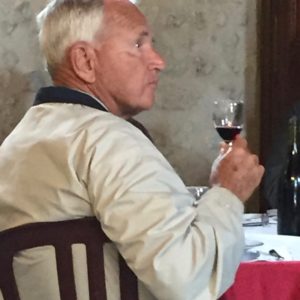 I actually don’t drink, but when in France…

I just had to taste both of these wines, and while I was not able to distinguish the notes of broom, they were both excellent!

(I take the same approach to croissants and French bread when I am in France.)

For a little added drama, the count used a sabre to lop off the corks, something he encouraged us not to try at home.* 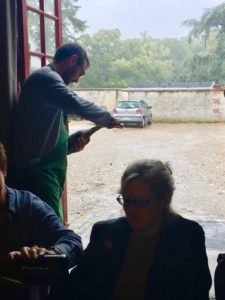 The count opened the door to make sure he did not hit any one in the eye!

Our lunch was a hardy mix of roasted chicken, done to perfection, with boiled potatoes, stewed tomatoes and salad.

It was just right on this brisk day! 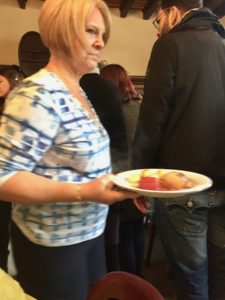 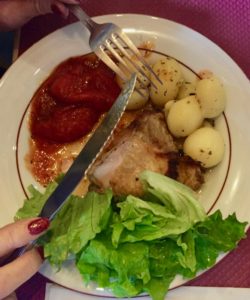 All in all, lots of fun and another great way to meet new people. 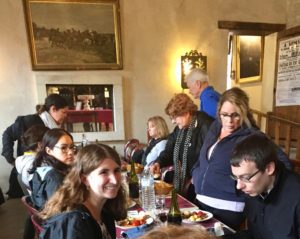 There are wine tours in and around Paris at all times of year even if the next season of grapes aren’t growing yet.

And if you are interested in other wine and food tours you can find them by clicking on this link.

Here are some Top Favourites that combine Walking, Food and Wine;

Marais District Food Walking Tour with Wine and Cheese Tastings — Stop at up to 10 shops and other food vendors to sample wines, cheeses, meats, bread, jam, chocolate, and macarons

Guided Visit and Wine Tasting in a Royal Wine Cellar in Paris — This guided wine tasting, held in an 18th-century cellar in central Paris, will teach you all about wine production — and give you plenty of chances to taste the good stuff as you go.

Disclosure Policy: This site uses affiliate links which may generate small commissions based on clicks and purchases. Any products that I giveaway are personally purchased by me unless otherwise specified. I write all the content on my site unless otherwise specified. And I respect the privacy of my subscribers and do not share their information with any other party or organization.