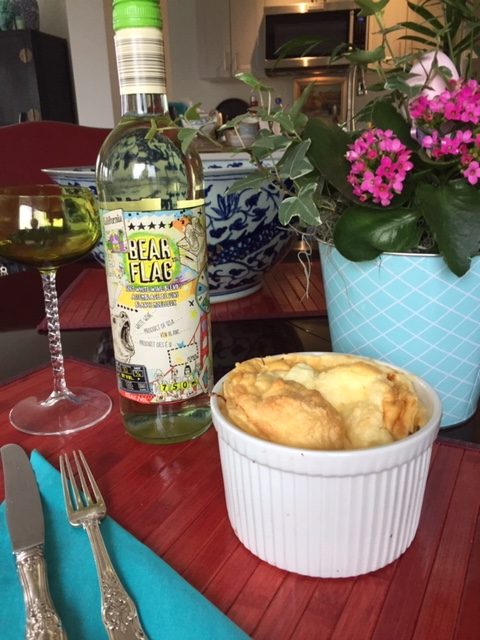 I don’t cook much as you all know,  so attempting something as finicky as the classic Cheese soufflé felt like a tall order.

However, one rainy and cold Sunday, when frankly even going out to a museum or having lunch in a cozy café seemed like too much effort, I decided to stay home and take on this challenge. 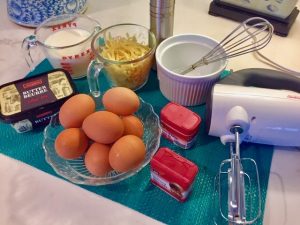 Some of the ingredients To Make A Cheese Soufflé

I followed a classic recipe created when American chef Julia Child was studying French cooking in Paris.  The recipe ended up in the book she co-wrote for the American market called Mastering The Art Of French Cooking (1961).

But to be frank, I am a visual person so instead of following the recipe from a book, I watched the TV episode on Cheese soufflé on Child’s former cooking show. 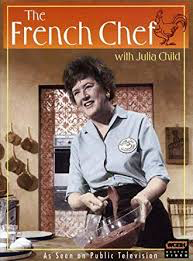 What a hoot! It starts with Julia’s distinctly high almost-screeching voice,

“SEEEEEE how to BEEEE the Boss of the BIIIIIG Cheese Soufflé today on The French Chef.”

I giggled remembering the spoof that NBC’s Saturday Night Live did of Julia (played by comedian Dan Aykroyd) deboning a chicken. A must-see if you haven’t! 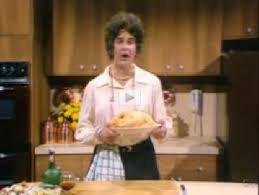 I laid out all the ingredients in my tiny kitchen and  followed the recipe to the letter.  The cheese had to be Swiss. I used Gruyère; the milk had to be hot but not scalded; and the egg yolks carefully separated from the egg whites. 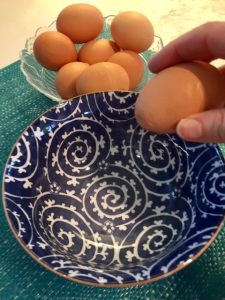 I laboured over preparing the Béchamel sauce, carefully melting the butter, adding the flour bit by bit, and then the hot milk. Keeping the sauce warm, I held my breath adding the eggs yolks fearful that they would curdle.  They didn’t  Phew! 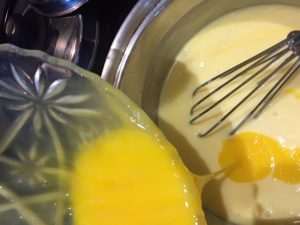 Adding the egg yolks to the sauce

I then beat the egg whites to the required stiffness and began folding them into the Béchamel using a spatula and Julia’s special method,  “PLONK in goes the spatula to the middle, then to the side…up and out.”

I admit I talked to myself mimicking Julia’s signature voice throughout the preparation.

I then spooned the mixture into two soufflé dishes, I prepared two just in case one didn’t work out. 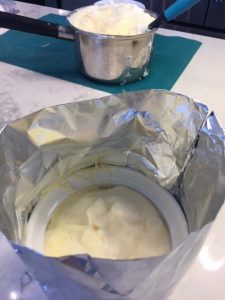 Ready for the oven

Julia recommends fastening a collar made of tin foil to the dishes to make sure it does not overflow.  It’s a great idea.

Thirty minutes later at 375 degrees F I had two perfect soufflés, although I admit, I took the following pictures within seconds of taking them out of the oven — as after 30 seconds, they began to deflate and overall lost about an inch. 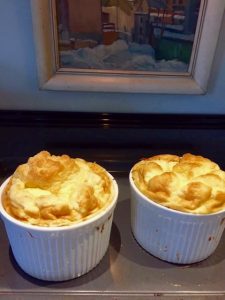 My first (and only?) soufflés

I am not sure that this is normal because Julia’s did not seem to do that.

And while I may never attempt this again, I can confidently cross off Cheese Soufflé à la Julia Child from Diana’s French Recipe Test Kitchen.

The Video: The French Chef

And soooo… what should I make next?  Suggestions are Welcome!

AND WHO WON THE DRAW for SILK SCARF? 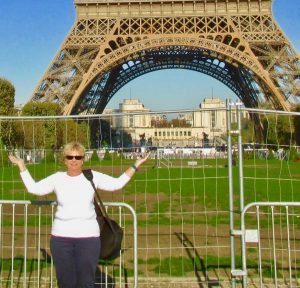 Margaret Ann on a trip to Paris

Her friend Juliette Wood referred her to my blog so many thanks Juliette and congrats Margaret Ann!

You will be hearing more about this winner in the near future when hopefully she will send us a picture modelling this beautiful 100% silk scarf purchased from Greenscarfboutique.com. 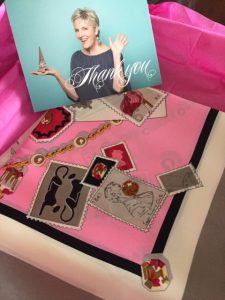 There were dozens of ENTRIES from Canada, the US, the UK, Australia and France so thank you all so much and I promise the next GIVEAWAY is coming SOON!

← Top French TV ShowsMy Mother Never Made It To Paris! →