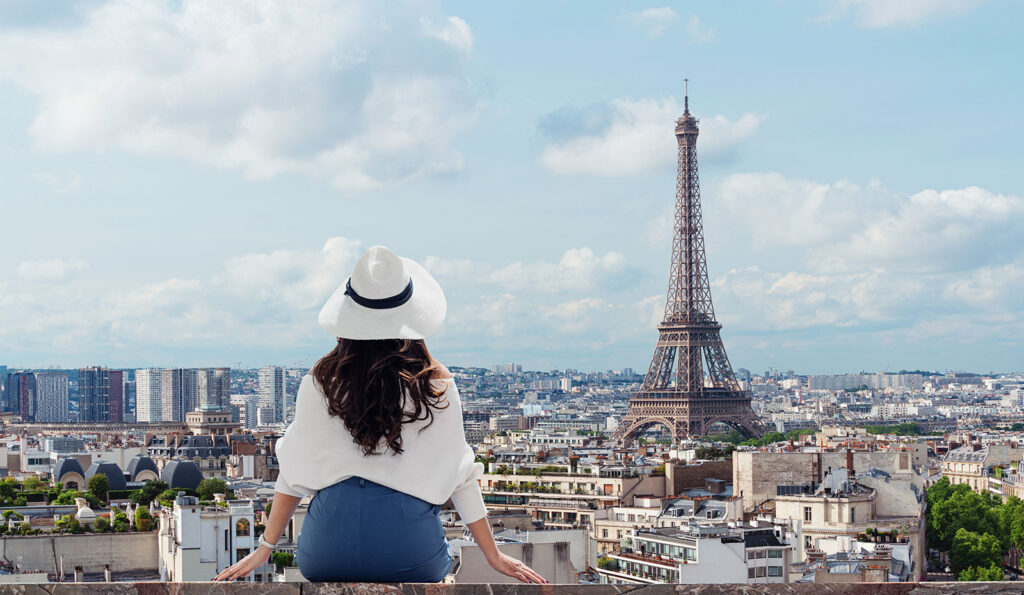 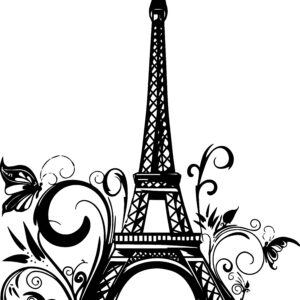 My first trip to Paris was in the ’70s. Back then Paris was synonymous with a glamour that I had only read about.  It was Brigitte Bardot. It was Leslie Caron in Gigi and Audrey Hepburn in Charade.

It was the Madeline book series and Eloise in Paris.  It was Can-can girls and the Moulin Rouge. It was Chanel No 5 perfume and the Chanel suit. It was an elegant strand of pearls, a Hermes scarf,

and a beret jauntily worn to the side. And it was the French poodle, and Parisian accordion street music to which my mother seemed to be addicted.

Travelling to Paris and France in those days for the average person was still ultra-exotic. Movie stars and other celebrities enjoyed these far-off places and the baby boomers that were coming of age

like myself were venturing forth around the world while it was still cheap.

From that first glimpse of the Eiffel Tower from the air I knew I was hooked.  I saw more of the famous sites in just a few days than I would ever see again on many subsequent trips. I squeezed into

the mob spying tiny Mona Lisa at Le Louvre. I climbed to the top of Notre Dame to hear people talking about someone who sadly had chosen it as the place to jump from this world to the next. I

walked in awe through the Luxembourg gardens, the ornate rooms and expansive gardens in Versailles, and at the Musée Rodin, I stretched up to run my hand over the smooth bronze foot of “The

Thinker” when no one was looking. Everything was exquisite, ordered with a defining symmetry, and with not even the tiniest detail left to chance. 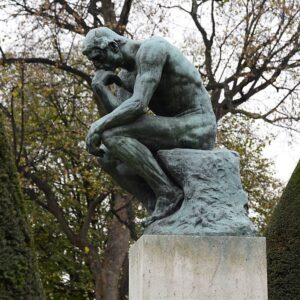 This was the Paris in the days when Parisians really could be the most terrible snobs, the waiters were horribly rude, and literally, everyone smoked, the air pungent with the acrid scent of Gauloises

and Gitanes cigarettes. It was a feast for this young woman from conservative unsophisticated Toronto and I was gorging on it.

I shared a room with a friend on the third floor in a very thrifty hotel on the busy Blvd St Michel with no elevator (naturally). It was sparse but had its own bathroom which was surprising. Every

morning there was a quiet knock at the door, and outside a tray of fresh coffee, and half a baguette each with pads of fresh salted butter and raspberry jam.  I was in heaven.

One afternoon my friend and I returned earlier than expected back to our hotel and heard some unusual sounds that made us think we had approached the wrong room. But the keys fit and on

opening the door, we found two women involved in the most curious manner. I am not sure it even registered to me what was happening, but our confused looks did little to deter the ladies who

simply methodically put their clothes back on, while we quickly shut the door and ran down to the hotel lobby.

My friend went into a lengthy tirade using French words that I have never even heard of before. The hotelier looked non-plussed and just gave us a classic French shrug. He figured that we would not

be back so soon and had sublet our room for a little afternoon delight.

We insisted on another room, which unfortunately was on yet another floor even higher up with only a bathroom down the hall. Quickly packing up our first room, my friend was seething with

indignation, but all I could think of was, ah Paris, how naive am I?  And how will you surprise me next?

What is your first defining memory of Paris?

I would love to hear from you! Please leave your COMMENTs below!

You can stay informed by Subscribing to my Blog. It’s Free!

Just go to my website by CLICKING HERE and scrolling down. 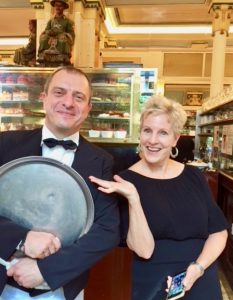 ← The Virtual Adventures Club is LIVE!Waking Up In Paris! →